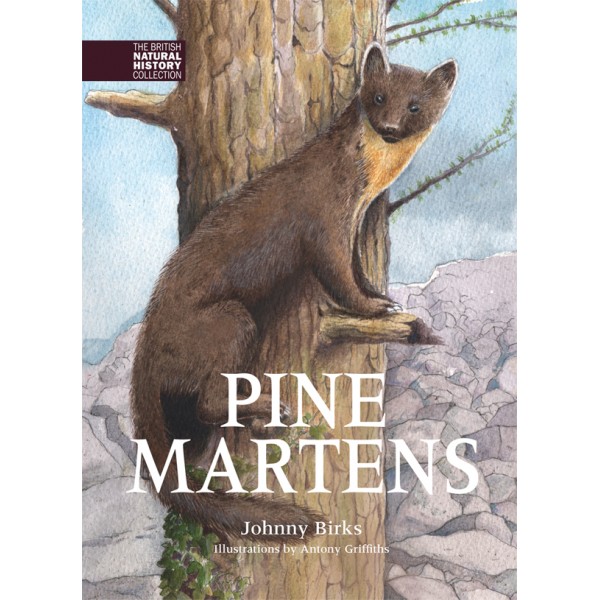 “A lovely addition to a great series.” – Mammal News

After a close brush with extinction, the pine marten is making the headlines as it recovers its numbers in Britain and Ireland. It is a time for renowned pine marten expert and enthuiast Johnny Birks to reacquaint us with this enchanting mammal. Time too, to appreciate the pine marten’s impish charms and find ways to cope with its mischief in intelligent ways that sustain its populations.

In his entertainingly light-hearted style Johnny describes in detail what is now known about pine marten ecology and behaviour in Britain and Ireland, and offers some continental insights from further east in the pine marten’s range. He explores the different forces driving the pine marten’s decline and recent recovery; and considers the conflicts that now test the tolerance of those who live with pine martens once more. This reveals a gulf between those willing to seek sustainable and legal solutions to the inevitable challenges, and those who persist in tackling threats to poultry and game in old-fashioned ways.
Nevertheless, there are heart-warming tales of people’s recent encounters and interactions with pine martens as they re-populate their former haunts.
Johnny Birks has been beguiled by pine martens since his teens. After research and survey work on other mustelids, and a spell working for the Nature Conservancy Council and English Nature, a job with the Vincent Wildlife Trust gave him the chance to work on his favourite mammal. He now works for Swift Ecology and continues to visit Scotland each year to study pine martens.

“Well, when it arrived for review I looked at the cover and thought ‘That is nice’. I then began to read the book, and it is quite simply super. The pencil drawings are beautiful, the cartoons are cheesily amusing as you would expect, Terry Whittaker’s photographs are splendid, and the montage of pine marten scats is ‘art house’ sublime…

“…For the very many people who have an interest in pine martens, this is the book for you. If you are a mammalogist or natural historian then it is also a must-read. For the loves of lost species or rewilders it is just great. If you simply want a wry, wildlife yarn as you sit on a wet day next to the Aga with your cocoa as the rain smacks like grapeshot off your window panes, then, yes, buy it – it will make you feel even cosier.”
Derek Gow, British Wildlife journal, Vol 29, Number 5, June 2018