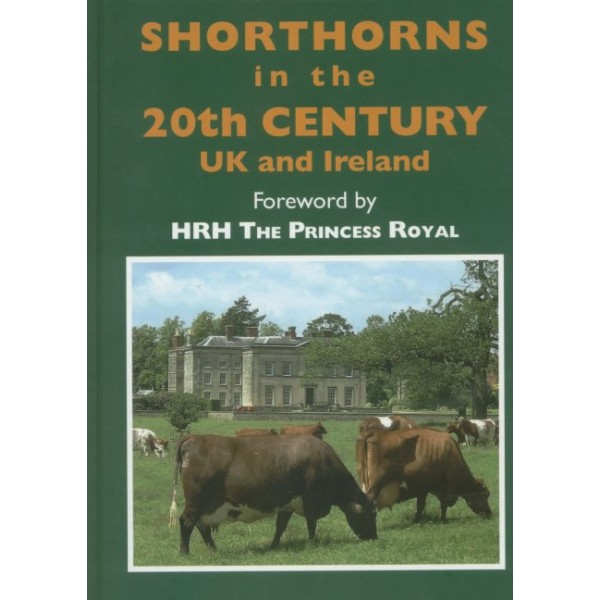 Shorthorns in the 20th Century

The Shorthorn breed rose to a pinnacle of success in the middle of the 20th century, with huge export demand, and animals being sold for record sums – Bapton Constructor was sold for 15,000 guineas to Canada in 1956 and in 1961 Calrossie Heirloom for 13,500 guineas to the Argentine. The breed’s great benefit is its twin function, both dairy and beef.

ISBN: 978 1 873580 70 7
Publisher: Whittet Books
Author: John Wood-Roberts
Format: 230mm x 150mm
Binding: Hardback
Extent: 320 pages
Illustrations & drawings: b&w photographs and colour photographs
Publication: 2005
The Shorthorn breed rose to a pinnacle of success in the middle of the 20th century, with huge export demand, and animals being sold for record sums. This book portrays the colourful human characters involved (breeders, auctioneers and shippers) and their herds, bringing the story up to date. Such a complete reference work must sit on the bookshelf of anyone interested in the Shorthorn and its breeding.
The breed’s great benefit is its twin function, both dairy and beef, but this dual purpose quality was also its undoing, as herds needed to become specialised and the Friesian began to make inroads. Many of the best animals had been exported and there was a worrying trend towards small, short-legged animals. The beef Shorthorn was listed as a breed of concern to the Rare Breeds Survival Trust in 1987.
Much work went into remedying the situation, with a revolutionary experimental breeding scheme, so today’s cattle produce many times more than their ancestors. Other qualities of the breed include an ability to require little veterinary involvement, as well as proven docility, ease of calving and lack of foot problems; coupled with good mobility, the Shorthorn is a low maintenance breed, now on the way to recovery. Beginning with an overview of the history of the breed up to 1900, John Wood Roberts continues with its dramatic rise and the large sums of money involved; he charts its subsequent rocky period and discusses the rescue methods leading to a revival of the breed.
John Wood-Roberts has farmed for most of his life, mainly in the West Country, where he had a mixed farm with pedigree dairy and beef herds as well as an extensive outdoor pig unit and sheep until a serious accident prevented his continuing. When he took on the secretaryship of the Shorthorn Society he was able to continue with his pedigree experience and made many contacts within the industry. Shortly following his retirement in 1999 he joined the panel of the Addington Trust that was set up in 2001 to assist the country folk who were suffering financial hardship and stress during and following the foot and mouth epidemic.